The Urban Youth Multimedia Program is a 22-week program designed for youth 13-18 years old. The program will prepare students for a successful career in media by providing real-world opportunities to create industry-standard content including films, podcasts, graphic designs, and more. Students will learn alongside industry professionals how to use cutting-edge technology to produce their very own feature film. Along the way, students will learn the basics of film production, equipment and lighting, audio, design, and other creative skills that they can apply to their own creative projects or rewarding careers in various forms of media.

Read below for more exciting information on what the program has instore. 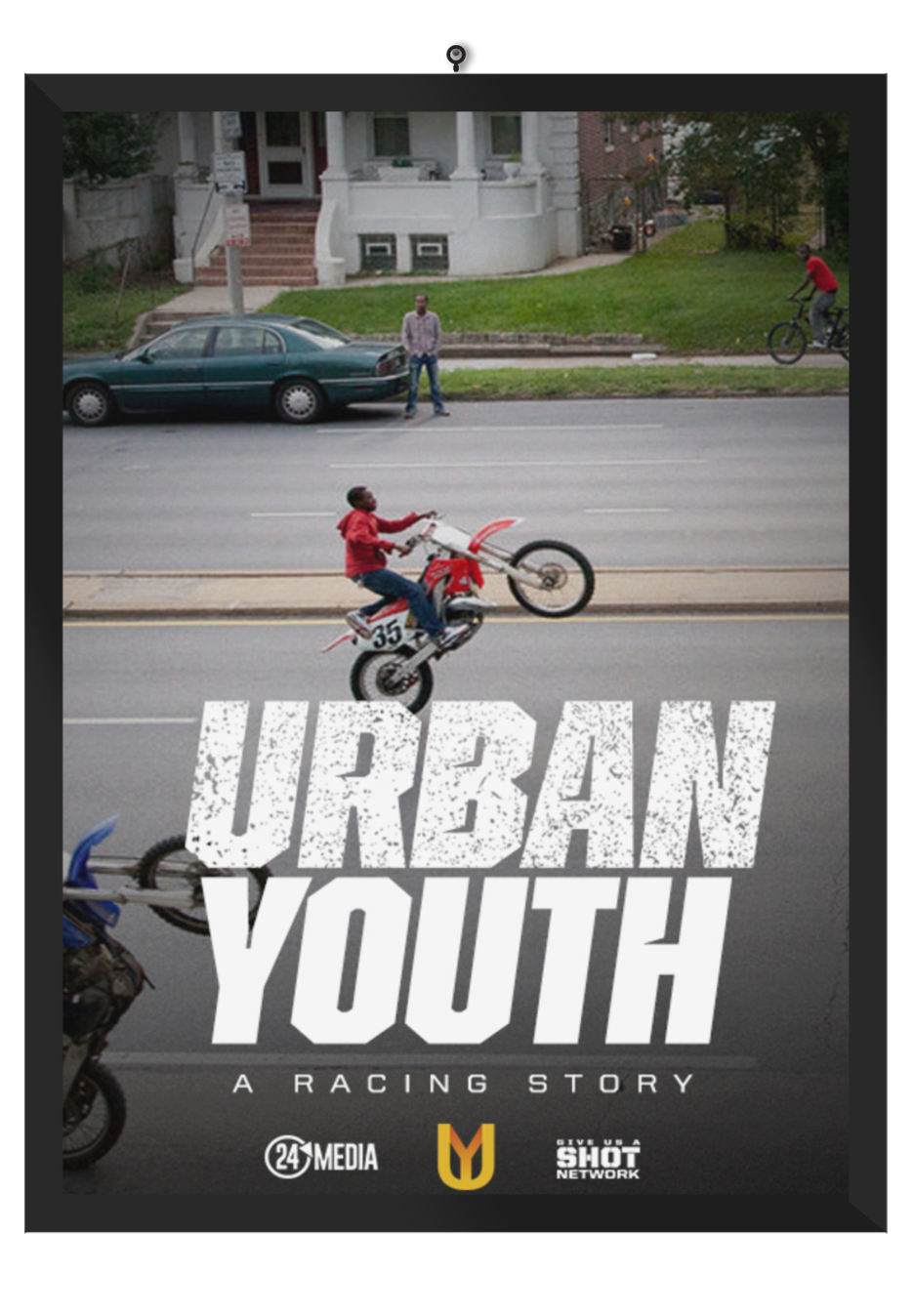 Urban Youth: A Racing Story is a heartfelt feature film that tells the story of Jabari, a teenage boy being raised in the rough streets of West Philadelphia. After recently losing his mother to gun violence, Jabari is forced to mature at an early age and his mother’s absence causes anguish between him and his father, Hakim. Jabari’s father tries tirelessly to protect and guide him, but his rebellious nature leads him to street crime. Desperate not to lose his son to the same streets that took his wife, Hakim forces Jabari to attend an after-school program where he can meet and get mentorship from highly accomplished and successful Black men. While attending, Jabari gets inspired by a professional race car driver, giving him his first ray of hope. With a newfound love for professional racing and the continuous pull of street crime from his peer group, Jabari struggles to find his way. Will he ultimately win his race for success or crash and burn into a life of crime?

Rating: PG-13 – The film will address actual issues facing our inner city youth, including gun violence and carjackings, and may be inappropriate for children under 13.

The purpose of this film is twofold. It will highlight the importance of the Urban Youth Racing School and the mentorship opportunities it provides for at-risk youth. And more importantly, this film will serve as a learning opportunity for students of the Urban Youth Multimedia Program to get hands-on experience producing a feature film.

Below you will find the necessary roles we will need to fill with either students or volunteers to bring this independent film and student project to life.

Spring Program begins
This will be 22-week program meeting every Saturday.
Other dates may be scheduled as film dates if necessary and will be coordinated with parents and students.

If you have any inquiries, questions, or concerns please email the program coordinator ty@24mediagroup.com

Interested in applying for the Urban Youth Multimedia Program? Fill-out the form below.

Interested in volunteering or auditioning for one of the roles listed above? Please fill-out the form below.

If you have any inquiries, questions, or concerns please email the program coordinator ty@24mediagroup.com

You can find out more about which cookies we are using or switch them off in settings.

This website uses cookies so that we can provide you with the best user experience possible. Cookie information is stored in your browser and performs functions such as recognising you when you return to our website and helping our team to understand which sections of the website you find most interesting and useful.

Strictly Necessary Cookie should be enabled at all times so that we can save your preferences for cookie settings.

If you disable this cookie, we will not be able to save your preferences. This means that every time you visit this website you will need to enable or disable cookies again.